Well, in order to shed some light on this very concept and help readers in getting a clear insight regarding the functionality of Blockchain, it is to be mentioned that it is nothing but an electronic ledger where all transactions occur in Bitcoins and other cryptocurrencies.

The transactions that are made, are maintained in a chronological order.

The most important part of this entire scenario is that the blockchain concept allows us easy access to the virtual blocks, so that we can take a look and figure out all pieces of evidence, in case there’s a need to know what’s happening out in the digital realm.

This public digital ledger is also considered as an alternative to the conventional method of banking.

However, the utilization of this technology in the recent days is not only limited to the financial transactions and finance industry.

Rather, the phenomenon is heavily influencing or at least going to influence other domains as well. Content marketing is certainly one among the many notable ones.

The Blockchain Technology and Content Marketing – Where’s the Connection?

Now you must be thinking how the technology of blockchain is related to the content marketing scenario.

Well, there are various other applications of blockchain beyond being digital ledger, and generating functionalities revolving around cryptocurrencies and Bitcoin rewards.

Does that ring a bell? Refer to what has been stated in the initial section; the blockchain technology allows us to gain easy access to everything, thus helping us to monitor what’s going on.

Now here’s the crack! By far, this can be considered as one of the greatest inventions in the virtual world, which can be utilized in order to record almost everything present in the digital world.

This technology is being revisited and developed by software companies with an initiative to safeguard identities of their users.

In addition to it, both the users and the advertisers are going to get rewarded for attracting the prospective audience to watch their ads and the users for an obvious reason, for watching the ads.

Now when it comes to content marketing, don’t you think that this is no less than a revolution which is about to occur and bring some significant changes to the conventional methodologies?

People are more likely to be interested in promoting content, and watch ads, draw user attention and the likes, if the term “reward” gets associated with the entire phenomenon.

To break it down into simpler fragments, it is to be stated that the micro influencers associated with any particular content marketing campaign can be benefitted from the blockchain technology.

Blockchain Technology and Digital Advertising – Do We Smell Revolution?

It is to be stated that the present day content marketing scenario, although at a booming stage, is, however, being subjected to distrust.

This often leads to creating a sense of perplexity and miscommunication among users, readers, consumers and of course the content creators, website owners; so on and so forth, affecting content monetization to a significant extent at the end of the day.

According to an Ad Fraud Statistic, posted on ppcprotect.com, marketers have reportedly lost about $7.2 Billion to fake ads in the year 2016.

There are fake-bots that visit one out of five ad-sites, according to The Verge, 2017.

If there’s $3 invested in online advertisements, fraud ads take away a share of about $1.

Now with these statistics and findings, what do you think is going to materialize?

Will the entire content marketing industry manage to flourish in the years to come?

This calls for a revolution, this calls for a much-needed change and a relief that can fix things up and eliminate the pain of fraud ads and fake-bots interventions.

This is where the blockchain technology comes into play.

With the advancements in this sector of blockchain management, the electronic ledger will help content marketers with data on malicious parties, so that they can block or restrict their access.

This, as a result, will help them to monitor things more efficiently in terms of ensuring real clicks coming from genuine users and consumers.

Application of Blockchain in Different Domains of Content Marketing

There are certain areas of concern and strategies undertaken when it comes to content marketing and digital advertising campaigns.

In order to highlight the utilization of blockchain technology further, it is to be mentioned that the technology can be benefitted by certain marketing methodologies as listed below:

Thus, it clearly evident that the functionality of Blockchain is not only limited to Bitcoin rewards; rather it has an elongated operation. It can be applied to various realms of content marketing including the aforementioned areas.

The Significance of Blockchain Technology in Market Research

It almost goes without saying that market research is undoubtedly one of the most crucial points of concern when it comes to launching any digital content campaign or in case of any strategy implementation.

Blockchain is supposedly going to pave a new path for market researchers, as they will be able to get an easier access to consumer behavior and monitor things accordingly.

This, as a result, is likely to make the entire procedure of market research constructive and more rewarding from every aspect.

There’s nothing like evaluating consumer activities and drafting a plan accordingly, which in the long run can cater to the needs and concerns of all prospective consumers.

This also means that reaching to the targeted audience on the basis of substantial research will become much easier for the market researchers in the upcoming days.

To conclude, it is to be mentioned that the entire scenario as talked about is definitely an indication that a new wave of change in the content marketing domain is on its way, with blockchain technologies being gradually adopted and put to good use by digital marketers across the globe.

Jijo Thomas is a digital marketer and blogger. Apart from that, he is also an academic essay writer associated with AllEssayWriter.com. Not only a marketer, blogger and academic writer, Jijo also has a flair for writing songs amid tranquil environments.

This post was written by a guest author. If you want to share your exclusive stuff with our community get in touch with us here. Make sure you fully read the big block of text above the contact form before filling it :)

I'm Jane Sheeba, the founder of Jane Sheeba Media. I share everything about business and blogging purely from my experience and perspective! Don't forget to check out my YouTube Channels Banking Minutes and Funfortainment.

Check out these posts 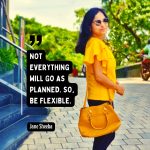